You are here: Home / CPF Matters / Strange way of how CPF Interest is calculated & retirement planning 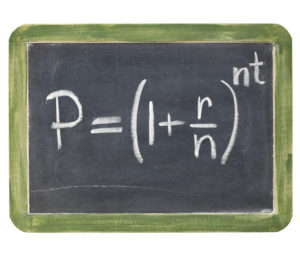 CPF has a rather strange way of calculating interest. In this article, I will explain how CPF interest is calculated and how you can make use of this knowledge to reduce the disadvantage of such a system.

Hence, the actual rate of return for CPF is lower compared to a system in which the interest is credited every month all else equal. This is because the former’s interests do not get to compound every month.

Second, how CPF interest is calculated every month is unfair. Interest is based on the lowest balance for that month. Thus, it is possible you could end up with a significant loss of interest if you are careless in how transactions are done.

Another related question is when is the best time to contribute your CPF using say CPF Voluntary Contribution Scheme or CPF Retirement Sum Topping-Up Scheme?

Assuming you want to top-up $37,740 under the CPF Voluntary Contribution Scheme, the best time to top-up is at the end of the month since topping up at the beginning of the month will not earn any extra interest as interest is calculated based on the lowest balance for that month.  Of course, in practice, you do not want to top-up on exactly on the last day of the month because you need to take into consideration of the turnaround time required for the computers and the cloud to sync and to run their batch processes at night - you could end up topping up on the 1st of the following month which is the worst-case scenario.

However, I am always confused by how this extra CPF interest is calculated because it is really complicated. I finally figured it out on 1 November last year when I attended a training session for financial advisers conducted by CPF Board itself.

Frankly speaking, I do not know why the government come up with such complicated system as life is already so hard – why making life even harder for financial advisers like me?  Why can’t they just use simple combine balance of all accounts?

By the way, these extra interests are credited to the Special Account (if below 55) and Retirement Account (if 55 and above).

For those with large CPF balances, the extra interests do not have any material implications.

For those who are older say above 55 and their CPF balance is low, these extra CPF interest do not help at all – practically. Although the CPF rate of return is significantly higher than without the extra 2%, this group of individuals have more serious things to worried about.

By the fact that their CPF balances are low could mean that their actual networth is also very low. This is because of the correlation between CPF balances and salary. The cumulative balances of the CPF is a function of CPF contribution due to salary, interests and withdrawals. Even if a person has used up all his CPF-OA for housing, there should still be a significant amount of money in the CPF-SA and RA when he is 55. I ran a simulation of a person who starts work at 30 years with a monthly gross of $3500 and no bonus and no salary adjustments. His salary remains the same until end of 54. At 55 years old, his CPF-SA/RA is $261,973. His CPF-MA is $133,292 assuming no Medisave deductions for insurances. My simulation is very comprehensive as it takes care of the extra interests, varying CPF contribution rates with age, Basic Healthcare Sum, Full Retirement Sum limits, CPF contribution limits (OW+AW) and the convoluted way of how balances overflow to SA/OA. Of course, my simulation is based on current CPF rules but with some provision for inflation adjustments of the various limits (too long to explain here). But considering CPF Contribution Rates used to be much higher in the past, current CPF Members in their mid-fifties should be seeing a CPF-SA/RA balance of around $200,000 if they had a proper job for the past few decades.

(As a side note, I will not be making an online calculator for this CPF Contribution Simulation but recent clients who engaged my service would have seen the huge spreadsheet that I had to run this simulation to predict their CPF-SA/RA balances which in turn predicts the projected CPF Life payout.)

Thus, I would say that if you are currently in your mid-fifties and your CPF-SA/RA is significantly below $200,000, it is likely you cannot retire as your salary for the past decades were far below what is required. On the other hand, if your CPF-SA/RA is far above $200,000 – congratulations! Assuming you did not squander the CPF-OA into useless properties or investments and you did save/invest prudently outside of the CPF system, then retirement is likely a reality!

Since we are on the topic on CPF, do you know that it is possible to accumulate $1 million in your CPF way before your retirement age? And no, investing in your CPF is not necessary to do that.

If you are on my subscriber, you just need to key in your name and address and you will be directed to the link. If you are not my mailing list subscriber, do the following: