You are here: Home / CPF Are You Ready? / Will writing – the young and not the old writes their Wills, says statistics

In Singapore, there is no statistics on how many people has written their Wills and neither do we know the demographics of people who had their Wills written. But in Malaysia there is some statistics although still limiting.

There is a Will writing company in Malaysia company that has written more than 100,000 Wills for Malaysians. Due to the large “market share” in this industry, their statistics is quite useful. Their statistics shows that: 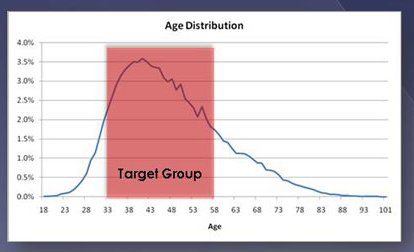 From this we infer that:

So far, most of my clients who upon my recommendation have their Wills written are indeed within the middle age group between 35 to 45 years old. For this group, they are most open to the idea because their liabilities are huge and their children are still small. The most stubborn group belongs to those above 60 years old as they think they are immortals! Therefore, contrary to popular believe, most Wills are written when one is young and not when one is old!

Another popular fallacy is that a Will is only for the rich. But most of the time this is merely an excuse for not wanting to write a Will. For example, I have a client who asked me about how insurance proceeds will be distributed if a death claim is made because he was buying some insurance from me. I told him he can either make an insurance nomination or write a Will. He immediately reacted and told me that a Will is only for the rich. I replied that he was buying insurance precisely because he is NOT rich and thus needed insurance to create the liquidity. But he still did not want to write a Will despite having a large estate from the insurance payout. What does it mean? It means that most people are just giving an excuse that writing a Will is for the rich.

What are the reasons why people do not want to write a Will? Here are some reasons I can think of:

Actually, one of the reason why a person should NOT write a Will is because most Wills written are totally nonsense and can cause more harm if there was no Will written. I have written many horror stories on how my clients got cheated for having their Wills written in a detrimental fashion. There was a case in which I had to compensate the legal fee for my client because the lawyer whom I recommended for his Will wrote a nonsensical Will. I was and still bitten about the experience which I share in this post: Professionalism goes beyond instruction taking. Of course I learn this painful lesson and ceased using that lawyer’s service and change to another business partner that is more suitable and is able to integrate seamlessly with my financial planning.

What should one do in the light of this? Here are three tips: