The IQS Performance Fund invests in managed futures. It is a super high risk fund and had a super performance of more than 6000% returns from 1995 to 2010. It is only offered to Accredited Investors.

After 2010, it lost so much that it almost gave up all those nice past performance. From end of 2010 to 30 Oct 2015, the IQS Performance Fund lost nearly 79.73%. Many investors bought the fund right at the peak in 2009 and 2010. The outcome was a disaster. Below is the chart. It is obvious that the characteristic of the fund has changed (or rather than investment environment has changed) as historically it had not experience such large and prolong period of losses. I guess the high networth has become low networth after investing in this fund: 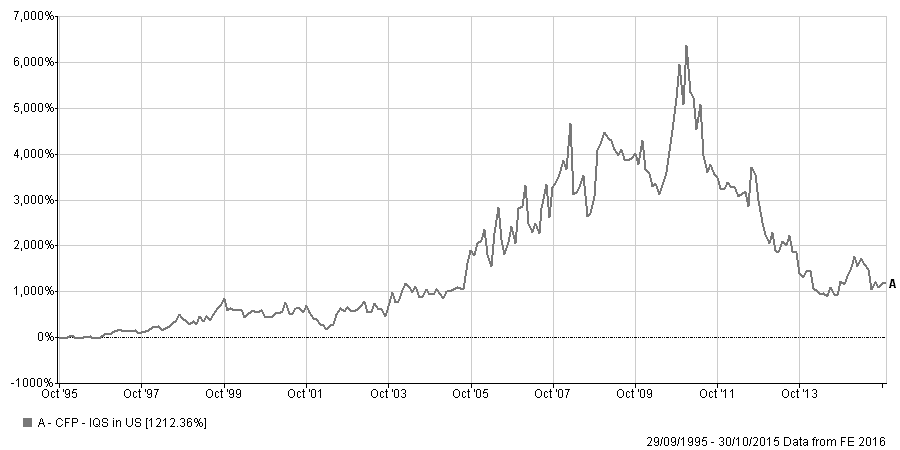 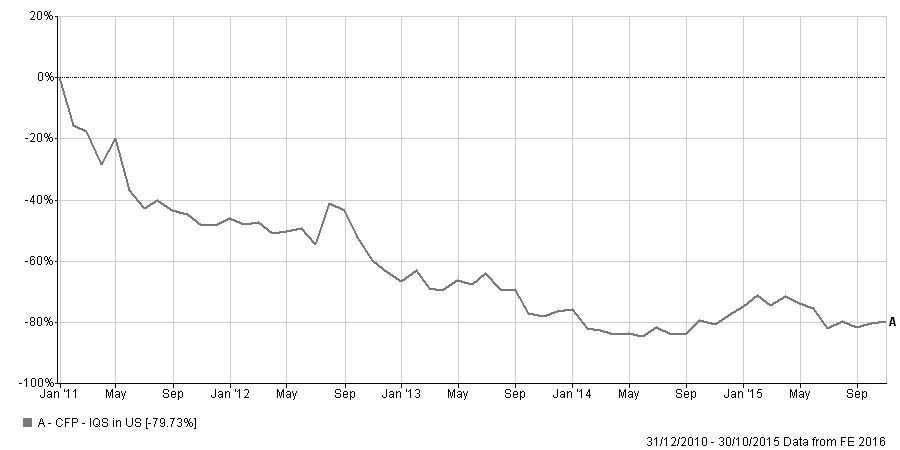 I did recommend the IQS Performance Fund as part of my clients’ portfolio. During the 2008/2009 financial crisis, this fund surged like crazy. It became a whopping 50% of the portfolio. Due to its marvellous positive return, the entire portfolio was saved despite the financial crisis. I quickly took profit and reduce to a small allocation. Eventually I sold it off as it became apparent to me that the IQS Performance Fund’s characteristic has changed.

All investments must be monitored because its characteristics will change. Otherwise, you could end up with a whopping 80% lost.