You are here: Home / Investments / What happened to Traded Endowment Policies?

Around 2007, Traded Endowment Policies were aggressively marketed to many investors.  Today, we seldom hear of anyone marketing such products anymore.  No prize for guessing why.

There was a market for the Traded Endowment Policies because original owners of such policies would like to sell it away. Instead of surrendering these policies to the insurer, these owners sells it in the open market because the selling prices were better. The buyer hopes that the initial investment plus the regular commitment for its premium will yield good returns.

Here were some risks that were not properly disclosed:

The blue line shows the performance of the fund in Singapore dollar. It appears it never even recovered from the financial crisis! But if you look at the red line – which is the value of the pound measured in Singapore dollar, you will find that the massive loss of the fund is due to foreign currency lost. Is the Traded Endowment Policies a "safe" product? Of course not. This being said, there is nothing wrong with this product per se. But the manner it was marketed as something 'safe' was wrong. The lesson is this: it is important to be careful whom you buy products from. 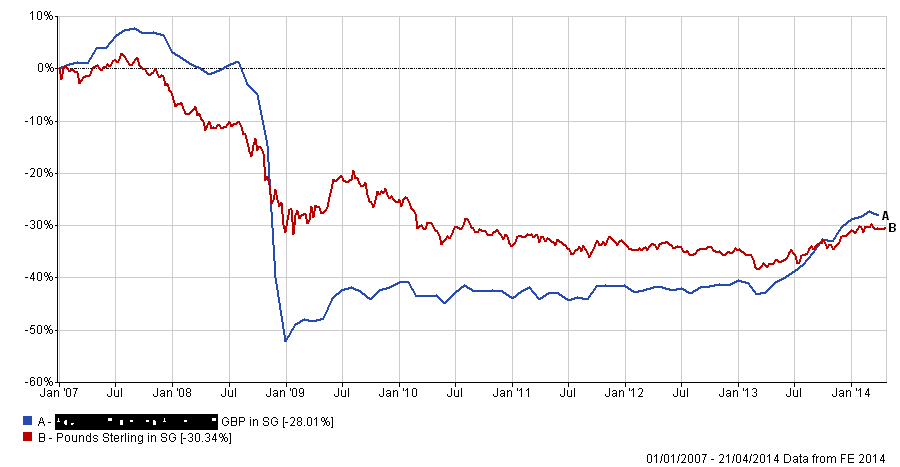