You are here: Home / Insurance / Cancer patient ends up with $33,000 bill after insurer refuses to pay for drug & what you must do to avoid this situation 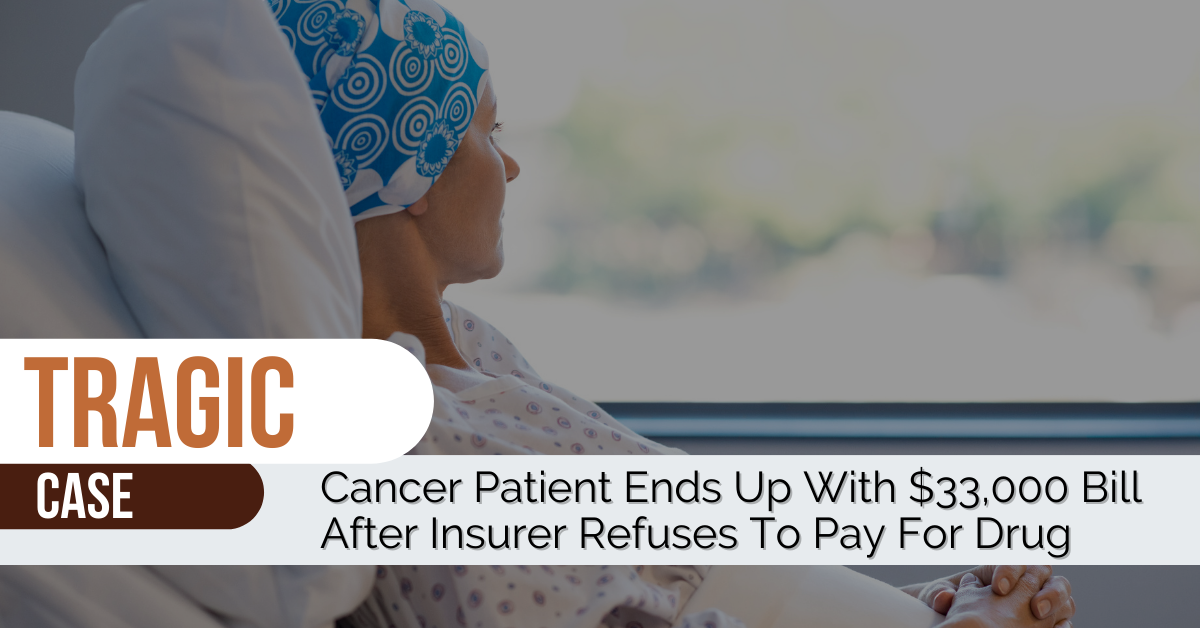 Recently there was a case in which the newspaper reported an individual who could not claim her medical bill from Great Eastern's integrated shield plan due to the drug used not approved by the regulator. She is saddled by an unpaid medical bill $33,197 which she could not afford to pay.

But with the insurer not paying for the costly treatment, she and her doctors decided to skip this drug for one session in January. This resulted in Ms Koh's cancer markers shooting up by about 50 per cent, and her tumour grew. She is hoping treatment would enable her to survive long enough to see her daughter grow up. But with her insurer refusing to pay for the treatment, this might not happen.

Had the patient got a comprehensive insurance portfolio, she would have received a lump sum payout under stage 4 cancer and would not be in this situation of incurring a large unpaid medical bills.

I have met many individuals who are only covered with a hospital & surgical policy such as an integrated shield plan. Perhaps it could be the preconceived notion that it is an all-in-one plan that covers everything.

However, insurance plan is more than just hospital & surgical insurance. It has to be a combination of policies for different purposes so that most of the risk are covered. For instance:

Of course, not everything needs insurance. A temporarily lost of income or small medical bills like flu can be easily paid for through the use of one's emergency cash.

There are those who feedback to me that they do not believe in insurance. However, my response is that it is not a matter of believing or not. Insurance is not a religion. It is a fact of life that we must take care of ourselves otherwise the burden of taking care of us lies with someone else. Having lack of comprehensive insurance would mean putting burdens on our loves ones. If we do not have any immediate family members, we will be burdening the government who in turn will use taxpayers’ monies. The question is this: why should taxpayers help those who refuse to plan for their future?

Now, people reading this blog may mistakenly think that buying a cancer plan will solve the issue. Yes, there are products that cover only cancer. However, doing that is not comprehensive insurance planning too. Let’s not make the same mistake twice.