You are here: Home / Credit Management / When it becomes illegal to lend money to family members and friends? 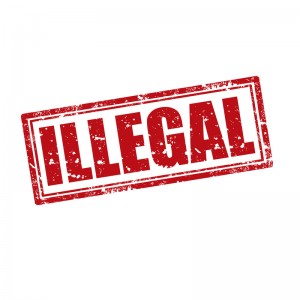 There was a case in which a mother and her daughter quarrelled over $200,000. They went all the way to the court. At the center of the dispute was whether the money was a loan or a gift (“Court orders woman to return $200k to mother”, Straits Times on 6 December 2014).

Lending money to family members can be a sensitive topic. If this is not done carefully, it could result in quarrels. In certain situation, lending money can actually be illegal!

Here are some examples when leading money becomes illegal.

Many parents help their children to purchase a property. Take for example, if a Balance of Sales flat cost $800,000 but the young couple can only afford $300,000 from borrowing and existing cash and CPF balances, their parents have to help them with the shortfall which is $500,000.

Many older folks are no longer permitted to purchase a new HDB flat.  So they see this as an opportunity to indirectly purchase a HDB flat using their children’s name. Since all parties have vested interests, it’s a win-win situation for all.

Unfortunately this is not legal. This is because the parents’ share of the HDB flat is held in trust under their children’s name. However, under HDB Act 51(8), no trust shall be created without prior approval from the authority. Hence, the parents’ “investments” is null and void.

Let’s say the loan amount has to be repaid with interest or the lender expect to receive a share of the profit if the property is sold. In this case, the lender will be considered as acting as a moneylender because under Moneylenders Act section 3, it says “Any person, other than an excluded moneylender, who lends a sum of money in consideration of a larger sum being repaid shall be presumed, until the contrary is proved, to be a moneylender.” In other words, the lender is considered guilty of operating as an unlicensed moneylender unless proven otherwise (i.e. guilty by default).

Let’s say the loan amount has to be repaid through a monthly instalment, the borrower could breach the total debt to service ratio (TDSR) which is 60% of the income. If this monthly instalment is disclosed to the bank, I am very sure the bank will not further extend any mortgage facility especially when the TDSR is breached.

To avoid complications, it is best for parents to consider the “help” as a gift.  Unfortunately if the gift is too large, their other children will be unhappy.

I personally feel that it is best for young people not to rely on their parents’ help.  It is time to grow up and setup your own family.