You are here: Home / Estate Planning / ST Forum: What’s involved in writing a will 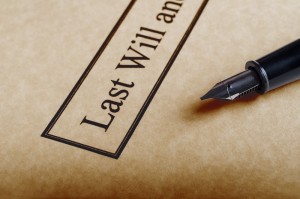 The issue of a will turning out to be invalid is not new. The press often reports these cases. For instance, recently a lawyer by the name of Johnny Cheo Chai Beng was sued by 18 beneficiaries because the will he prepared turn out to be invalid.  But what never appear in the press is that many valid wills are not suitable resulting in similar outcome as an invalid will. I decide to write to the press. The following letter to the Straits Times was published on 14 July 2014:

IN A recent case, a lawyer was foun d to be at fault for an invalid will ("Lawyer's fault that will is invalid: Court"; July 4).

This is not the first time a will has been found to be invalid, and it won't be the last.

What remains unspoken is that many wills that are valid may not have been suitably constructed.

For example, it is not suitable to appoint as trustee someone who is busy working abroad, especially if the beneficiaries are minors, as such a trustee would be too busy to attend to the beneficiaries' financial needs.

There is a lack of awareness that writing a will is a two-stage process. The first stage is a planning phase best done by a competent estate planner.

This involves fact finding, analysis and recommendation, which would involve a proposal on how the estate is to be distributed and the selection of the appropriate legal instruments.

A will is one of many available legal instruments.

The second stage is the implementation phase.

This is best done by legally trained professionals to draft the will in accordance with the estate plan.

Most people who want to write a will normally skip the first phase and go straight to the second phase, only to discover that they need to give precise instructions to their solicitors.

This is similar to constructing a building without a blueprint.

Many people have not written their wills mainly because they cannot give precise instructions as they have not gone through the planning phase.