You are here: Home / Investments / What happens when a fund is merged with another?

Recently, I received an email stating that a particular fund called Fund Blue (the merging fund) will be merged to Fund Green (the receiving fund). The rationale is that these two funds are managed similarly and they wish to avoid having two funds running strategies that are nearly identical.  The official reason given for merging the two funds as follows:

According to the Morningstar Global Fund report, the current portfolio manager just took over Fund Blue on 3 October 2014. This same portfolio manager was and is still running Fund Green since November 2008. For those who do not know, the Morningstar Global Fund Reports contain both quantitative and qualitative aspects of funds it monitors but I tend to read it for its qualitative information only.

The following is the performance chart of Blue vs Green and comparing it with their index (shown as Red colour) since 1 November 2008: 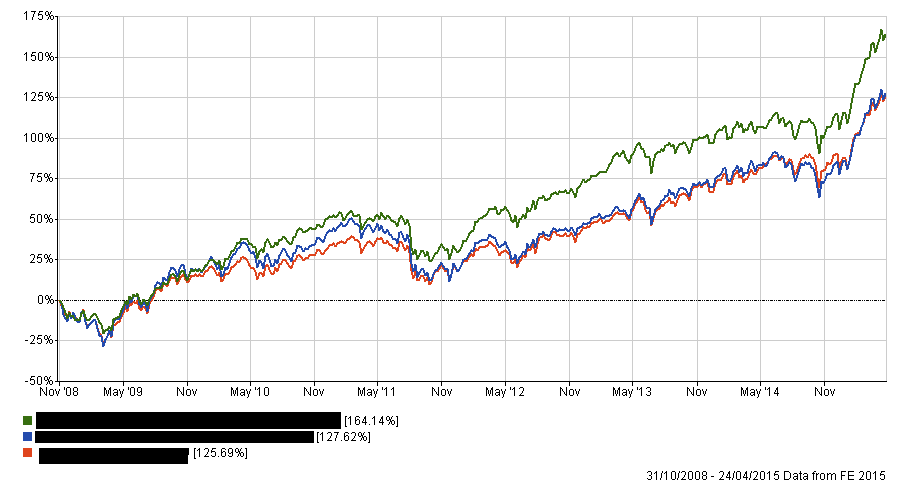 One observation from the above is that Fund Green has done very well since 1 November 2008 when this portfolio manager took over this fund. It far outperformed the index. On the other hand, Fund Blue has been tracking the index very closely.  Now that the Fund Green’s portfolio manager has taken over Fund Blue in October 2014, it is time to axe Fund Blue by transferring its assets to Fund Green.

What is survivorship basis?

But a check of the two funds’ performance over a longer period also shows that Fund Blue has been doing extremely poorly compared to Fund Green and the index: 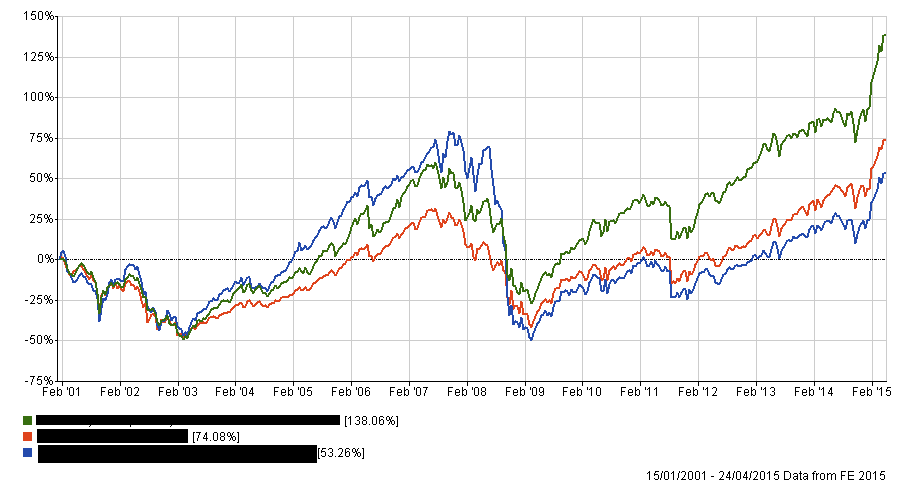 In view of the above, here are some things to learn about investing in funds:

Still, for those who wants to monitor as little as possible can consider index funds since its performance aims to track the index as closely as possible. However, not all index funds are created equal:

Related to the last point, one of the main issues in index investing is there is no “upside” to the index fund because it aims to track the index. If the index does ‘badly’, the ETF will also do the same although there were opportunities in the underlying market to do better.

One particular client of mine invested in an ETF since beginning of 2010. She was particularly upset to learn that the ETF did not even breakeven after 5 years. The ETF total return over 5 years with dividends reinvested was -0.74% in SGD. The reason was because the index it tracked did badly. The index was up by a modest 4.79% (total return) also in SGD.  However, it does not mean the underlying market was that bad.  The following chart shows the performance of this ETF in purple compared to its index (black). The yellow and pink charts are the equivalent unit trusts which did much better over the period because there were opportunities to make money in the underlying market. 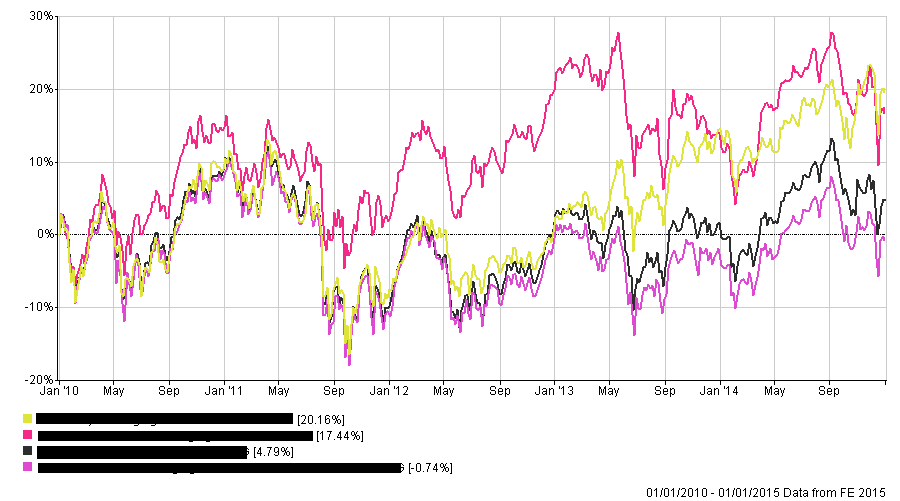 The question is this: Is it possible to identify the unit trusts in advance that can do better than the index?

(Note: Existing clients whom I am managing their investments can request for the details of the Green, Blue, Red, Yellow, Pink, Black, Purple fund names as well as the Morningstar Global Fund reports mentioned above. I do not wish to reveal the actual names of the funds in public as I do not wish to be seen endorsing or criticising any investment products.)