You are here: Home / Investments / Swiss Franc currency surprise and its effects on ETFs

Question: “Wilfred, I suffered more than 10% lost in an ETF when Swiss Franc appreciated in value overnight. Apparently my ETF was denominated in Swiss Franc (CHF). I also don’t understand why I did not make a profit since it was reported that the CHF appreciated significantly. Actually, I am very confused. All the charts show the CHF depreciated value. I think the reporters got it all mixed up.”

For those who were living in a hole, Switzerland decides to remove its cap on its currency. For a few years, the value of the Swiss Franc currency was artificially suppressed at a limit of 1.2 CHF for 1 Euro. At this point of writing, it is now nearly at parity – meaning 1 CHF can buy 1 Euro. This means the Swiss Franc has appreciated in value. How can this be since 1 CHF is less than 1.2 CHF?

To understand this, just imagine that in the past, it takes 1.2 CHF to buy one apple (i.e. replace “1 Euro” with an apple). Now it only takes 1 CHF to buy an apple. The purchasing power of the CHF has increased. Alternatively it can be viewed that the price of the apple has deceased. Currency is always valued against another currency. Hence, an appreciation of a currency means a depreciation of another (and vice-versa). The chart that always confused people is this one below which shows a graph going down. But it actually implies the Swiss Franc going up against the Euro. 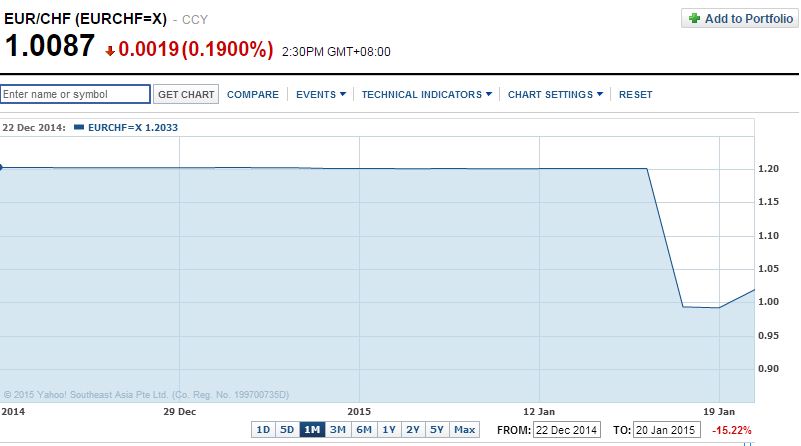 How does Switzerland control its currency in its past? Simple: by printing Swiss Franc money to purchase the Euros.  In this modern age, central banks do not actually physically print money. It is done digitally.

Back to the person who lost money. This is the graph showing his losses: 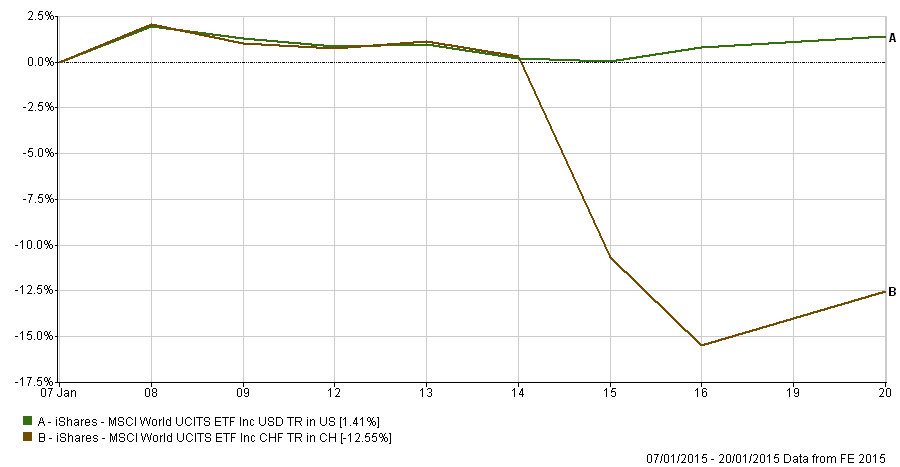 The ETF in question was the iShares MSCI World UCITS ETF. The chart shows that CHF version plunged in value after 14 January 2015 while the USD version was very stable. Both CHF and USD versions can be purchased from the Swiss Stock Exchange.

In fact, this ETF is traded in many currencies as shown in the chart below: 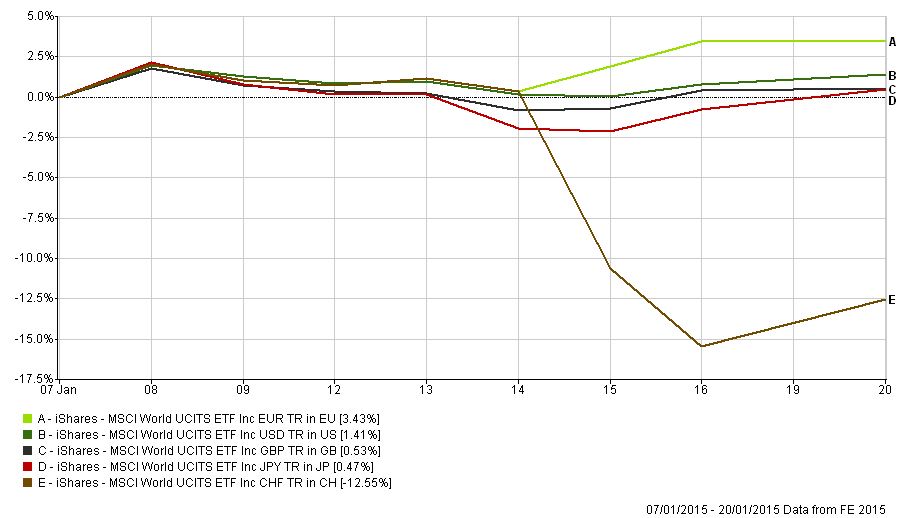 Why did the CHF plunge? Should it not appreciate in value since CHF appreciated? This is where most people get very confused when they buy foreign currency dominated funds. Both USD and CHF (as well as the GBP, EUR, JPY) are actually identical ETFs. The CHF version is merely the trading currency but it does not represent the underlying currency. When the CHF currency appreciated in value, the ETF denominated in CHF has to decease so that the value of the ETF remains the same. What does it mean by ‘value’? To simplify matter, let’s say you are a Singapore investor. Hence, the SGD is your home currency and thus you value all your investments in SGD. Below is the chart showing the value in SGD of these different ETFs: 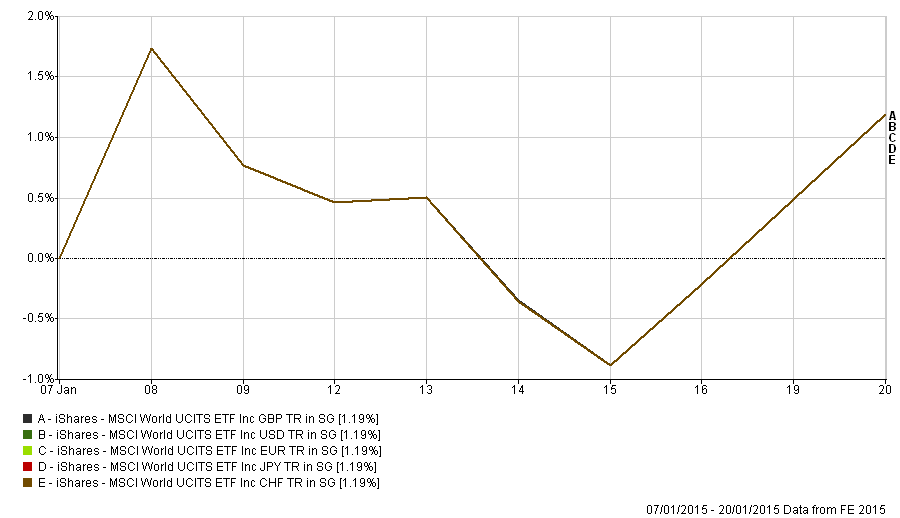 You can see that from SGD perspective, all the ETFs are identical. There were no massive losses due to the appreciation of the Swiss Franc.

Does that mean that you do not need to worry about the currency of the ETF? Not so, if you buy the CHF hedged class version, you actually enjoyed a whopping appreciation as shown below: 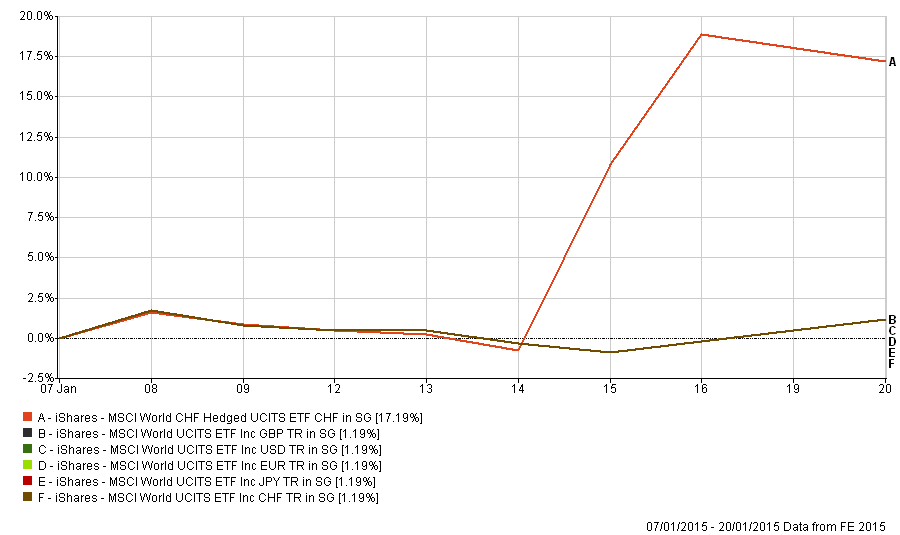