You are here: Home / Cost of living / Singapore was ranked the world’s most expensive city for the second year running

Once again, Singapore was ranked the world's most expensive city for the second year. The survey, covers food, toiletries and clothing, domestic help, transport and utility bills. 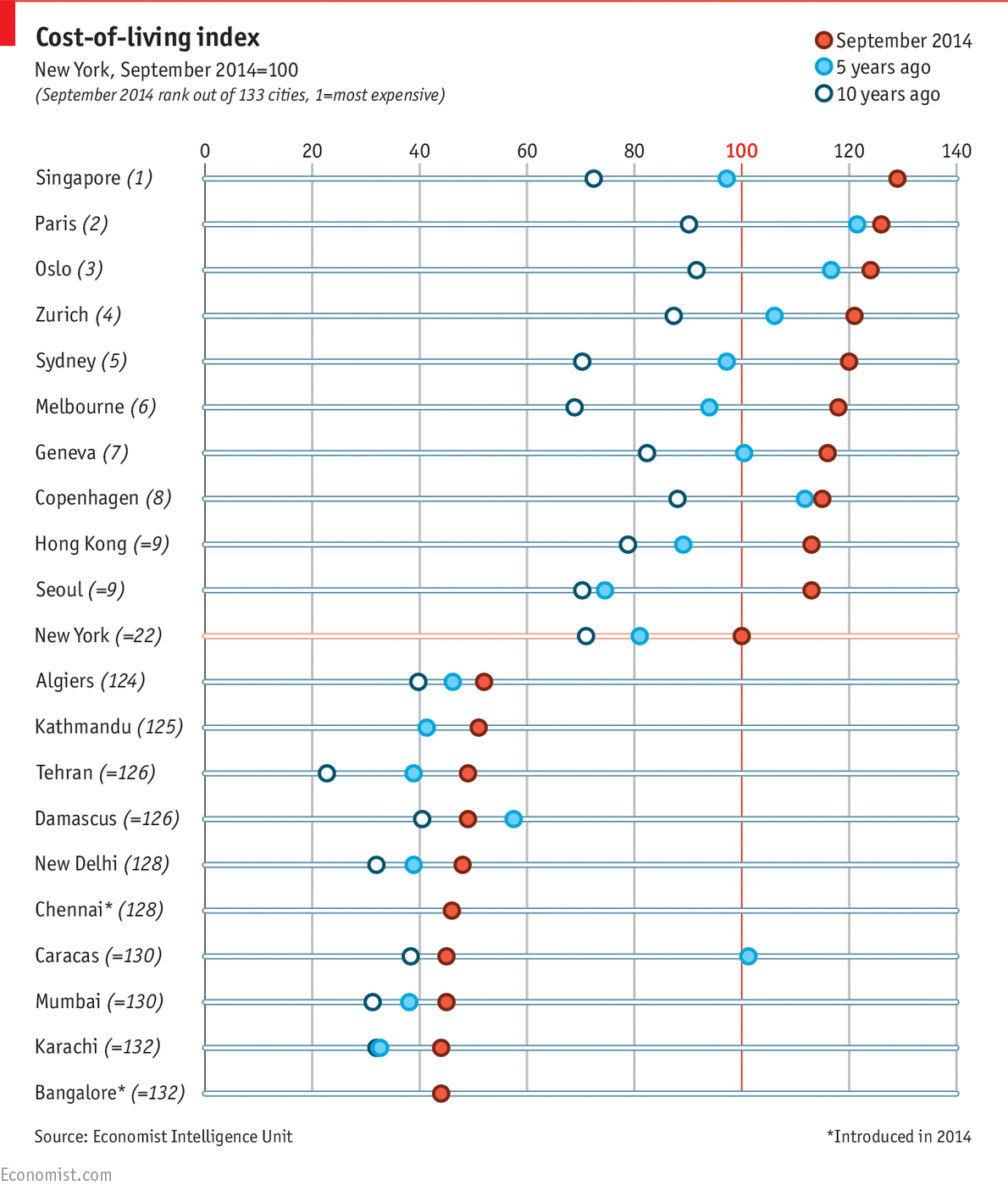 In the past, many people did not do any financial planning. Yet a lot of them could retire. A significant number of those from the Pioneer Generation were very lucky and they could retire comfortably. Some are even millionaires despite merely employees when they were working. So does it mean the current generation does not need to plan?

The past and present generations lived in two different worlds.

The Pioneer Generation started off from a ‘low base’. This means the wages were low but the rate of increase in wages were large in line with the rapid development of the economy from an emerging market to a developed market economy. In terms of cost, they also started from a ‘low base’ when the cost of living was cheap. In terms of property prices, those who were lucky enough to own a landed property in the past would have been millionaires by now as property prices surged over the past many decades.

The current generation of workers start from a ‘high base’. Wages are relatively much higher but it also means they cannot expect their wage to increase as rapid compared to the previous generation. But the cost of living is even higher to the extend we are now labelled as the most expensive city in the world! Property prices are now at insane level and chances it of it giving you spectacular returns is slim. In fact, regulatory measures to curb the insane increase in property prices will continue to play its part right into the far future. It is a norm for young people to be in debt with a six figure mortgage loan when they are not even 30 years old and yet they cannot assume the property they buy can give them good returns.

It is this reason why the present generation cannot assume all things will be well for them. Is retirement even possible these days? It might be possible with proper financial planning. It is definitely not possible if you do not do anything about it.