You are here: Home / Financial advisers / Your relationship with your financial institution is an adversary one despite regulation 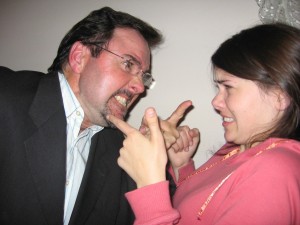 I want to write something that will confuse your mind. Since this is a financial blog, it will be pertaining to financial matters. Here are some food for thoughts.

If an activity is regulated by a government body, it means the activity can be illegal or legal depending on whether it fulfills the prevailing regulations set by the regulatory body.

If an activity is not regulated by a government body, it does not mean it is automatically illegal. For example, selling magic stones is an unregulated activity and it is also not illegal. However, if the magic stone seller claims the magic stones can guarantee an investment return of 24% per annum and if that does not happen, it can be considered either as a misrepresentation (thus becoming a private dispute between two individuals) or a default (in which case it is priced into the risk premium offered by the high return offered). For the latter case of default, it is an investment risk that the investor has to bear by himself. For the former case, it is up to the consumer to take civil suit against the counterparty for breach of contract. However, the counterparty would either hire famous law firms to countersue for defamation or simply declare bankrupt. In all combination, there is nothing much the consumer can do.

If an activity is legal, it does not mean it is ethical. For example, selling a premium of $24,000 per year in ILP for investment is perfectly legal. But it is not ethical when there are alternatives that can achieve similar or better returns without the long-term lock in and better liquidity. Since the action is perfectly legal, there is nothing much a consumer can do because ethical behavior is not enforceable by law.

An activity can be regulated but its motivation can remain largely unregulated. For example, all financial institutions provide financial services which are highly regulated activity. But its ultimate goal is to maximize shareholders’ value. Maximizing shareholders’ value is natural and not directly regulated by any specific body. Yet, the conflict of interest in putting costumers’ interest and putting shareholders’ interest cannot be ignored. Some people advocate that an institution should maximize value for all stakeholders. There are problems with this approach. When all stakeholders’ value are maximized, it could cause the liquidity of supply in capital to decrease because capital suppliers now have to share their profits and gains with other stakeholders who did not contribute to the capital of the firm. To give a more down-to-earth example: let’s say an IFA firm would to put clients’ interest first and sell only unit trusts that charge 1% sales charge instead of an ILP that pays 100% of the annualized premium on the first month. This automatically means a reduced profit for shareholders. What the consumer had gain is a lost to the shareholder. We can picture this way that the pie is the same but now the consumer has a larger share of the pie benefit. Another angle we can view is that the reduced profit is like a tax on the shareholders’ profit only to be redistributed to other stakeholders. As it can be seen that politicians’ responsibility of taxing corporate profits and redistribution now becomes the firm’s responsibility. If supplier of capital would to become less confidence due to this taxation effect, supplier would simply pull out of the game. Again, a practical example is that if the managers of an IFA firm would to put clients’ interest first resulting in reduced profits for shareholders, the shareholders may simply exit and sell their stakes to ‘cut lost’. Creditors who see that the main shareholders have exited would become risk adverse demanding a tighter credit term and thus exacerbating the capital liquidity problem and even force the firm into bankruptcy resulting in lost of employment and jobs for these managers.

What should man-in-the-street do if they want to achieve their financial independence? My advice is this: your relationship with your financial institution is an adversary one. Educate yourself to financial freedom and do not rely on others because nobody cares about you other than yourself.

(Disclaimers: Some of these ideas are taken from advanced corporate finance textbooks. In other words, some ideas are not original. )