You are here: Home / Insurance / PRUshield Extra A Premier pricing is just too complicated 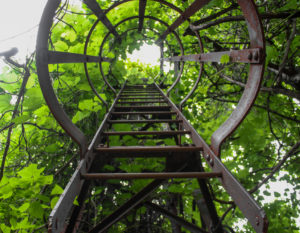 With effect from 1 May 2017, PRUshield Extra A Premier pricing will be change to a highly complicated method that is related to the amount and the type of hospitals customers will be claiming from.

The premiums for PRUshield Extra A Premier’s Level 1, 2, 3, 4 and 5 are secrets and not publicly available. However, according to the press (Prudential to tie rider renewal premiums to claims made, 30 March 2017), premiums can go up to 3 times!

So, how will premium go up and down for the PRUshield Extra A Premier?

First, you start at Standard Level Premium. You can only move down to Pruwell Reward if there was no claim.

You will move up by a whopping 4 levels if you make a claim with a private hospital with a bill $5,000 and above during the year.

On the other hand, you will move down by 1 level if you make a claim from a public hospital (regardless of bill size).

Of course, you will also move down by 1 level if there was no claim at all.

I personally find that the new pricing package for PRUshield Extra A Premier to be a PR disaster. It is too complicated and many Prudential policyholders are going to be put off by it. What Prudential could have done is to label their pricing points to one that is a discount based instead of a penalty based. For example, they can price their premiums to start at Level 5 and called it Standard premium. And then offer discounts depending on the claim experience. If there is a claim, the discount will be partially or completely forfeited. There is no need to give names to each level. Just say 10%, 20%, 30%, 40%, 50%, 60% discounts. Mathematically it is still the same as what they are trying to achieve which is to punish those who claim from private hospitals.

But to think about it, perhaps the terrible marketing packaging is done deliberately so as to get existing policyholders to switch to another rider called the PRUshield extra A Premier Saver.