This promotion is meant parents who are looking to purchase insurances for their children.

Insurance Planning fee is WAVIED if you buy an insurance product that provides Multiple Early, Intermediate and Severe Stage Critical Illnesses for your child.

Second, once a claim is made, it becomes impossible for a person to purchase another critical illness insurance policy.

Third, early detection of cancer is strongly encouraged but traditional critical illness life insurance policies do not cover early stage cancer. It is an irony that people are penalised for seeking treatment early.

Fourth, certain cancer such as breast cancer has a probability of 70% to 90% recurrence in 10 years. Colorectal cancer has a 40% to 60% recurrence rate in the first 3 years after surgery. Thus, it is important to have insurance coverage that provides claims for cancer recurrence.

This product solves these problems. 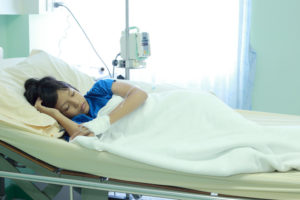 1st claim: Mary was diagnosed with an early / intermediate critical illness. Therefore, $250,000 was paid out.

2nd claim: Mary was unfortunate. She was diagnosed with another illness that is classified as early / intermediate critical illness. She was paid another $250,000. For claim to be eligible, this illness cannot be the same as the same group as the 1st illness.

3rd claim: Mary has a hard life. She was subsequently diagnosed as having a severe stage critical illness. The insurance pays out $750,000 less the amount (if any) that was already paid out. Therefore, another $250,000 was paid out to her. Note that the illness for the 3rd claim can be related or unrelated to the initial 2 claims.

4th claim: Mary’s life was indeed very unfortunate. She was diagnosed with severe stage cancer. The insurance paid her $250,000. This cancer can be a new cancer, the same cancer as previous or spread from the previous cancer.

5th claim: Mary’s life was terrible. She was diagnosed with severe stage cancer again. This insurance paid her $250,000. This cancer can be a new cancer, the same cancer as previous or spread from the previous cancer.

There is no minimum age to purchase this product.

How much is the premium?

Annual premiums for children is between $2,200 to $3,700 that covers until 70 years old . As it can be seen that the product is highly competitive considering the claim amount can be up to a whopping $1.25 million.

… the financial planning fee described in this link insurance package is WAIVED.

DISCLOSURE: I do get incentive for this product. In fact, it is because of the incentive that I can afford to waive my fees. This incentive is permitted by law as short-term incentives to promote pure insurance are allowed.

Go to this link and make payment: How to buy the right life and health insurance? The financial planning fee will be refunded to you 21 days after the Multiple Early, Intermediate and Severe Stage Critical Illness insurance is approved.