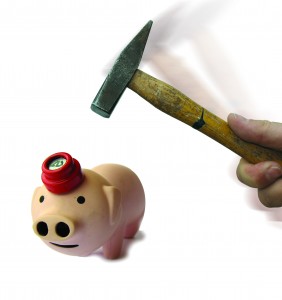 In a complain letter written to the Straits Times on 1 April 2014, Ms. Ruth Wong wrote that it was a hassle to close her sick father’s POSB bank account. Apparently, Ms Wong’s father was so seriously ill, that all of his personal savings was required to be withdrawn to pay for the hospital bills. Using letters signed by her father and doctor’s letter confirming he was lucid when he signed the letter, she did not have a problem in closing her father’s other saving accounts with other banks. In fact, other banks were willing to withdraw all her father’s saving accounts and wrote cheques to her or her mother.

Unlike other banks, POSB was more careful. POSB staff sent their own officers to the hospital to verify her father’s intention to close the POSB account. Unfortunately, her father was so seriously ill that he could no longer communicate with the officers. POSB decided not to issue third party cheques to Ms. Wong and her mother. However, they were willing to make third party cashier order in favour of the hospital only:

Although the cashier order was eventually issued, Ms. Ruth Wong decided to complain by bringing up the matter through the Straits Times forum page.

Personally I found Ms. Ruth Wong to be financially not literate. POSB bank did not know her nor her family personally. It is the job of the POSB staff to protect the interest of their clients. They need to do some due diligent before releasing money. If she was to put herself in the shoes of the bank staff and find that the client was seriously ill and unable to communicate, would she risk releasing money without further documentary proof? Without a trusted witness, who can vouch for the authenticity of these letters? POSB did send someone down to check it out only to discover the client was so ill that he was unable to communicate. Would any bank dare to release any money when the client cannot even communicate? In any case, the problem was ‘fixed’ because POSB did release the money – not to her – but to the hospital. Why does she want to complain for a problem that is no longer an issue?

My second comment on the case is this: Notice the relatively ease which other banks can close a person’s bank accounts and write third party cheques. I was shocked when I read about this.  What happened to all the anti-money laundering regulation relating to writing third party cheques? Can MAS comment on the relatively easy in which these banks can transfer money to third parties? Here is someone who turned up at these (non-POSB) banks, produced letters and the bank can just close the accounts without further due diligent and – listen – write cheques to third parties? Gee, I am getting really worried that banks can just withdraw all my money and give to other persons on production on some letters. What happened if these letters were forged? What happened I signed the letters under duress? I expect the bank to call me or pay me a visit to check it out. This was exactly what POSB did but not other banks. From this, we can see that POSB did the right job in safeguarding depositors’ money. We should avoid banking with other banks which unfortunately was not disclosed in the letter of complaint written by Ms. Wong to the Straits Times.

My third comment is this: A financial institution has a protocol to follow when a client’s mental capacity is compromised. It was quite obvious POSB officers were not confident of their of client’s mental capacity. This explains why they did not transfer the money to third parties. But they did transfer the money to the hospital when the documentary proof were received. This is what I called risk management. This means that given a situation, POSB did the right decision by reducing the risk. The objective of withdrawing the money from Ms. Wong’s father POSB account was to pay for hospital bill. This objective was met although not in accordance to Ms. Wong’s exact wishes (or her father’s wishes, whatever).

I mentioned about protocol. When a financial institution is faced with a situation like this, the protocol it has to follow is:

On the 8th April 2014, POSB replied and wrote that it wanted to protect client’s interest and they encourage people to use instruments such as some of those mentioned above.

My fourth comment is this: It appears Ms. Wong’s father did not have any medical insurance. This issue likely can be avoided through a medical insurance such as a medisave-approved intergrated shield plan. I am well aware that many old folks are either uninsurable or refuse to buy insurance because of lack of education. Fortunately, Medishield Life will be made compulsory by end of 2015. Pioneer generation has some discount too. But remember that Medishield is for B2 and C class ward. Many people find that B2 or C class ward to be unacceptable. I was at SGH last week to visit a client who just undergone a major surgery for cancer and the ward was B2. Although the ward was quite noisy but I find it to be acceptable. B2 ward looks like a “market place” with so many people but the added benefit is that the environment  provides some emotional support to the patient. Imagine staying in an A1 single bedded room with nobody. So lonely, so frightening, so low in morale.