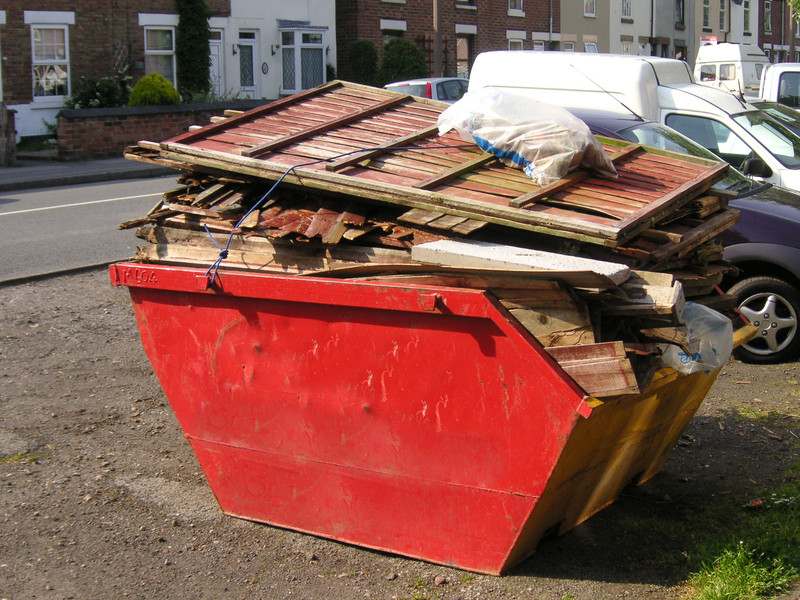 The New Earth Fund invests in recycling facilities in the United Kingdom. We IFA gave it the nickname the “Rubbish Fund” and it is only for ‘Accredited Investors’. Like many investments marketed to Accredited Investors, it represents a nightmare.

The historical performance was impressive delivering 68.5% cumulative return since launch on July 2008 to March 2015. Check out the performance below taken from the factsheet HERE. What was amazing was that the factsheet states that the volatility of the fund was 1.82% to 2.25%! [Meaning: it was almost as good as risk-free from standard deviation point of view.] 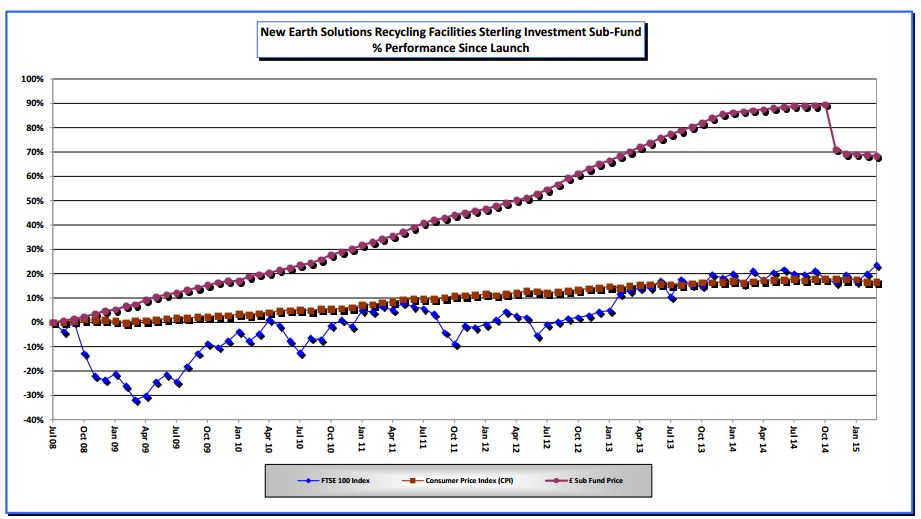 Its gearing was on a high side of 65% but I was concerned that it was not profitable. What was worst was that its cash flow from operation was negative. The entire operation was financed by borrowing and new investors’ monies. Knowing I would raise this as the objection, the marketing agent email me the following:

Following on from my other emails to you on this, please find attached the last Financial Statements for New Earth Solutions Group

A few important points to remember. NESG is not profitable by design and is concentrating on investing for the future etc. Very important; the fund performance does not depend on profitability at group level.

Please let me know if you have any questions

For those who does not know about financial statement analysis, a business must be profitable on a long-run. Specifically, its cash flow from operation must be positive on a long-run and its net cash flow have to be positive on a long-run too. As long as there are operating losses, it has to be funded by new investors’ monies (known as equity), borrowings and by selling assets. Selling assets is not a long-term solution because there are limited assets to sell and it has a negative impact on operating cash flow. Since creditors have to be repaid before shareholders, shareholders eventually are not going to get anything once liabilities exceed the assets of the business.

To cut the long story short, since January 2014, the fund was suspended from redemption. In June 2016, it was reported that the underlying companies had large debt positions and operating losses. The article Unregulated New Earth funds facing liquidation seems to imply that investors in the New Earth fund may suffer 100% losses.

I decided to obtain the latest financial statements just to check it out.

It can be seen above that the New Earth Solutions Group Limited is insolvent because its liabilities are more than its assets. Another observation is that its cash flow from operation is still in the red after 4 years. The company is sustained mainly by financing which is evidenced on page 39 showing that it obtained a new loan of £8,544,000 which forms the bulk of the cash flow from financing.

The New Earth Facilities Management Limited is also insolvent since its liabilities are more than its assets. It has a positive operating cash flow but it has made a significant lost for 2015. The losses were mainly due to the impairment of fixed assets amounting to £24,772,000 as shown on page 34 of the indirect method reconciling operating income to cash flow from operation.

So it looks like it is true that investors are not going to get anything back and I can safely conclude that shareholders should get back £0. Strangely, the factsheet as at March 2015 HERE shows that the fund was valued at £1.685 per unit.

This article is the first of a series of articles on failed investments offered to the rich.