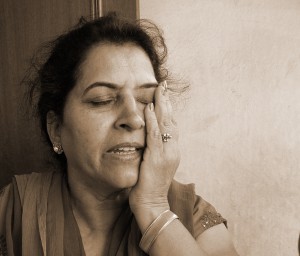 There was an individual who was diagnosed with dementia at age 55. She cannot claim from any of her existing insurance policies including Medishield (because she was not hospitalised). She was fired from her job and cannot find another job due to her condition. Her income was $10,000 per month.

The official age of retirement is currently sixty two. So the loss of income based on simple arithmetic is 10000*12*7=$840,000. The income from age 55 to retirement is usually the most important because that is the time when one's dependents have finished school and house is paid up. So any amount saved from 55 to retirement is critical for one’s retirement. The financial adviser confessed that he never believe in disability income insurance because he perceived it as unnecessary and hence only “mentioned” to his client previously about the plan. He did not push her to buy. He regretted not selling it to her as she could have easily claimed from disability income insurance. Disability income insurance is like term insurance that is seldom mentioned in the industry because the commission is low and hard to explain.

By my experience, the claim processing for disability income insurance is also quite a hassle.  Although some doctors have no qualms in issuing medical leave for their patient for one year, they may not be willing to certify their own patients to be unable to work for that one year when the insurance company formally asked them to do so. I think the Singapore Medical Council should investigate such doctors as to why they can issue medical leave but not willing to state the same thing when insurers asked them.

Existing Medishield and the new Medishield Life have problems too. Inpatient psychiatric treatment benefit remained unchanged at $100 per day capped at 35 days annually. On the other hand, the revised daily ward benefits for normal ward, intensive care unit ward, community hospital have increased by 56%, 33% and 40% respectively. Moreover, there is no cap to the number of days hospitalized.  After taking into consideration of medical inflation, inpatient psychiatric treatment benefit has actually come down.

This discrimination against mentally ill patients is also evident in the private integrated shield plans . All 5 insurers either impose a significant lower coverage compared to other physical illnesses or cap the number of days hospitalized.

While I can understand private insurers’ goal is profit making and they have a right to impose terms and conditions which are not profitable, what I cannot understand is why Medishield Life discriminates against the mentally ill? Is the mentally ill patient a lesser person compared to the physically ill?