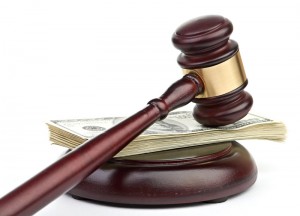 (Disclosure: I am also a Senior Rockwills Estate Planner with Rockwills).

In 2012, it was reported by Straits Times[2] that both doctors decided not to contest the lawsuit. The damages to be awarded were likely to exceed $1 million. The doctors’ professional indemnity insurance were with NTUC Income and Medical Protection Society.

The first death case involving liposuction also brought out the debate in the medical circle on whether should general practitioners be allowed to practice such procedure. A plastic surgeon takes 7 years of training and to have passed formal examinations to be fully accredited as specialists.  On the other hand, all it takes for a general practitioners to be certified to perform liposuction is by attending some workshops[3].

[3] http://www.healthxchange.com.sg/news/pages/revamp-rules-for-cosmetic-surgery.aspx Update (24 June 2014): Dr. Wong and Dr. Zhu were eventually fined by the authority. An earlier autopsy had found that Dr Wong, who performed the liposuction treatment with the assistance of Dr Zhu, had accidentally punctured Mr Heng's intestines 13 times. - See more at: Reves Clinic and two doctors fined for breaching MOH regulations

Update (22 August 2014): The stake has risen to $3.5 million. One main item in the claim brought by Rockwills Trustee on behalf of Mr Heng's dependants is $1.1 million, which is 20 per cent of the purchase price paid by Mr Heng for a Duchess Avenue property. This was forfeited when the deal was cancelled with his death. - See more at: http://news.asiaone.com/news/crime/family-claims-35m-mans-liposuction-death

Update (27 May 2015): On behalf of Mr. Heng's estate, Rockwills Trustee won a landmark $5.3m. The sum also included $3.88 million to make up for the loss of inheritance the dependants suffered. This is believed to be the first time the courts here have awarded damages for such loss of inheritance after the laws were changed in March 2009 to allow it. See http://www.straitstimes.com/news/singapore/more-singapore-stories/story/liposuction-death-property-boss-franklin-hengs-family-aw