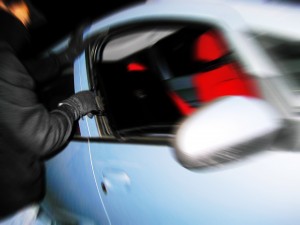 Here is short transcript between Senator Carl Levin and Goldman Sach’s CEO Lloyd Blankfein. The argument is whether should Goldman Sact disclosed to clients it had betted against the security which they sold to clients. To Senator Levin, that’s considered conflict of interest. But to Goldman Sach, there is no necessity to disclose it because this is part and parcel of market making and that they are not fiduciaries.

What are fiduciaries? According to http://en.wikipedia.org/wiki/Fiduciary:

A fiduciary duty is a legal or ethical relationship of confidence or trust between two or more parties, most commonly a fiduciary and a principal. One party, for example a corporate trust company or the trust department of a bank, holds a fiduciary relation or acts in a fiduciary capacity to another, such as one whose funds are entrusted to it for investment. In a fiduciary relation one person, in a position of vulnerability, justifiably reposes confidence, good faith, reliance and trust in another whose aid, advice or protection is sought in some matter. In such a relation good conscience requires one to act at all times for the sole benefit and interests of another, with loyalty to those interests.

The elements of a fiduciary relationship are:

I want to say something about fiduciary duties between a financial adviser and a client in Singapore’s context. Many clients do not realized that there is no fiduciary duty that arises out of the financial adviser-client relationship. Very often, the financial adviser is a representative of his principal (the Agency) and he himself - the Agent – has the duty to ensure his Agency’s (Principal) interest is looked after. Many clients are confused thinking that their adviser is their “Agent” when in reality the client is merely a customer. The word “Agent” is a misnomer. Often, clients would say that “my agent told me that…”. Actually, the client has no agent. The person whom the client deals with is the salesperson who is the Agent of his Agency (the Principal). For those who are now confused, I am not referring merely to tied-agents. The Agency can be IFA firm, the bank, the stock brokerage house, etc.

Example 3: Client wishes to save $1000 per month for retirement. It is considered “reasonable” if the FA recommends an ILP with zero mortality for this purpose say over the next 25 years. Under fiduciary duty, the ILP is considered detrimental because it locks the client for 25 years with hefty early surrender penalty and as well as reduced liquidity due to such commitment. An FA under fiduciary duty would recommend an RSP which has no long-term locked in and no early penalty surrender. But this latter recommendation would means zero commission (after netting the FA’s time and expenses). The former’s recommendation would have incurred a gross commission of almost $12,000 UPFRONT!

The question is this: how many advisers in Singapore consider their relationship to their clients as fiduciaries?