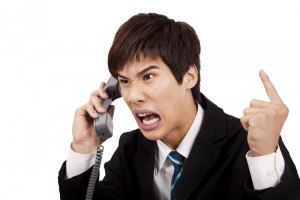 I have been advising some of my clients to purchase insurance directly from the insurer under the Direct Purchase Insurance which was introduced by Monetary Authority of Singapore in April this year.

I did this because as a fee-based financial planner, it is my obligation to recommend products objectively. In the event there is a suitable product available from the Direct Purchase Insurance channel, it is my duty to point out to my clients. There is also another reason is because I do not wish to be involved in endless administration when it has nothing to do with advisory. I dislike paper work but I am more competent in advising.  If I would to transact any products, I ended up killing countless trees and reduce my energy level by 70%. In order to increase productivity, I ‘outsource’ to the Direct Purchase Insurance. If I do not outsource, I have to charge my clients a higher advisory fee to make up for the lost energy (and lost time).

(Of course, not all products are available from the direct channel.)

In most cases, my clients did not encounter any issue. However, there was one case which turns out to be a nightmare.

James (not his real name) proceeded to purchase the term insurance from one of the insurer under the Direct Purchase Insurance.  I had previously taught him the application procedure and explained to him the product features. I personally make sure he fill up the proposal forms correctly and ensure all material information was disclosed. Under the Direct Purchase Insurance channel, the client is left unguided. However, he is my client and hence I guided him.

After he applied for the Direct Purchase Insurance, he received a counteroffer letter from Department A. Apparently my client was considered a ‘sub-standard’ case. He sought my opinion whether should he accept the counteroffer.  I advised him to amend the original proposal in view of the counteroffer.

On my advice, my client told Department A he wanted to amend the original proposal. Guess what? Department A indicated that this not allowed and he has to reapply all over again (i.e. fill up all those endless forms again)! When I heard this, I knew this was not right as it is not in accordance to the underwriting procedure.

I decided to help my client by retrieving the relevant amendment form to change the original proposal. (I have my ways in getting the right document even though I have no access to the Direct Purchase Insurance underwriting procedure).

After the amendment form was submitted to Department A, there was no response from the insurer for a very LONG time.  My client decided to call Department A. Guess what? The Department A said that the enquiry on existing application is not their business and hence my client was directed to Department B. This time, Department B seems to be located in an overseas call center either in India or Philippines. The telephone voice quality was poor.

My client decided to call Department A himself and he had no problem getting through the line (perhaps the two departments don’t talk to each other?). Department A said that they do not have access to client’s personal information and that is why they cannot answer any customer’s query. However, Department A decided to investigate and find out what happened.

Why the need to endure such poor service?

But to be fair, the poor customer service should not be surprising.

In the first instance in which Department A advised my client wrongly that he needed to reapply the entire application just because he wanted to amend the proposal – actually that job belongs to the financial adviser. The financial adviser is always the one who will help the client to make changes to the original proposal. Since the financial adviser is missing from the Direct Purchase Insurance, there is nobody else who is as familiar with the procedure.

Under the Direct Purchase Insurance, there is no financial adviser. The role of the financial adviser has to be replaced by someone else. But that ‘someone’ can never be as competent as a financial adviser. In fact, advising on the suitability of the product in the light of it being modified by the counteroffer can only be done by a financial adviser (i.e. all advice on insurance products is subject to Financial Adviser Act). Of course, the insurer can train its staff to be good enough to close the gap completely but that would mean that the insurer has to put in extra $$ resource into their customer service to the extent that the commission saved ends up being offset by a higher staff cost.

From this incident, it can be seen that the role of the financial adviser is not just making that initial ‘sales’ but it involves back-end work. Some of the experience financial advisers are even allowed to negotiate terms with underwriters directly.

For those who want to purchase insurance directly should think twice. For myself, I will still advice my clients to buy direct but I will warn them of the potential nightmare.