You are here: Home / Investments / Difference between customers, bondholders & shareholders 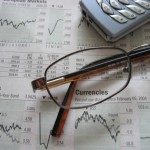 Yesterday, Prudential Asset Management came to our office to provide a talk on market outlook and to promote their funds.

The speaker said that the valuation for bonds are very low. This is because the current default rate is 20% but the bond prices are reflecting a default rate of more than 50%. In the Great Depression time, the bond default rate was 47%. So based on this reason, bonds are very cheap. Besides, with all the stimulus package by the various government, the economy will recover.

I argued with her that her reasoning is flawed on two counts:

First, the bond prices currently are likely to be fair to reflect a default rate of more than 50%. Statistically the default rate currently is 20% but this is just statistic. There are situation which bonds have defaulted but not counted as a default. The classic examples are General Motors and Chryler. Debtholders are now forced to convert their bonds to equity. By doing this, there will be no record of bond defaulting afterall bondsholders give their “consent” to convert their holdings to equity. With the huge share dilution, these shares turned worthless. In addition, debt holders have a higher priority to the assets of the bond issuer but equity holders will only be entitled to the residual. Thus if the company enters into bankruptcy, the capital that debt holders can recover will be very significant. Equity holders on the other hand gets nothing if all assets have already been distributed to debt holders and creditors. Many debt holders are investment trusts with a certain investment mandate. If the mandate prohibits the holdings of shares or the possession of converted shares violates their asset allocation policy, they will than have to force sell their converted shares at a very distress price. To me, that’s equivalent of bond defaulting anyway.

Second, an economy recovery does not mean it translate to investment recovery. As it can be seen from the above example of GM and Chryler, debt holders and shareholders would probably lose all their capital if both companies go through the planned restructuring. However, the jobs that both companies can provide on the mid to long-term will help the economy to recover.

Many of my clients invest in “too-big-to-fail” companies. These are either in bonds or equity stake. It is incorrect to say that investment in such companies is very safe. It is true that some companies are so big that the government will not allow it to fail. However, sharesholders are almost always never the one which governments would protect. The simply reason is that when an investor invests in a company, he already knew that as an equity stake holder, his entitlement is the residual profit of the company. If there is no profit, he gets nothing. If the company is insolvent, he gets nothing. On the other hand, when the company performs well, he gets everything after obligations to debt and creditors are met. This means during the good times, the equity holders’ entitlement has no upper limit.

From the financial crisis, we can now have a clearer understanding of risk-return characteristics. Government bodies will tend to assist the following groups of stake holders from the highest priority to the lowest priority:

We can see how AIG was not permitted to fail because it has too many big customers which if they fail will cause severe damage to the economy. Thus, AIG’s customers (mainly the swap counterparties) have to be protected at all cost. In return for the bailout, US government becomes a 70% shareholder. As a result of massive share dilution, AIG share price plunged to become almost worthless. In this case, shareholders were never part of the government’s rescue package.

For GM and Chryler, both bondholders and shareholders were never part of the rescue package. They have to sacrifice almost all their capital for the greater good of the economy. You see, the auto industry is an oligopoly market. There are only very few auto markers. A collapse of two auto giants could cause the entire auto industry to be dominated by the next giant player and this could result in a monopoly. Generally, a monopoly is not desirable to the industry due to the lack of competition.