You are here: Home / Estate Planning / The curse of the 3rd generation high networth individuals

I want to tell a fictitious story of Mr. Sam and his family. 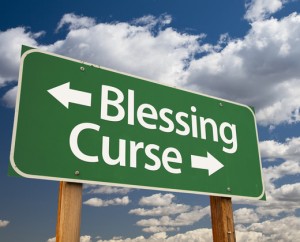 Mr. Sam Senior started work as a salesman when he was just 18 years old. He worked hard and become very good in what he was doing. At age 30, he decided to setup his own business only to become bankrupt when he was just 35. It took him another 15 years to get himself out of bankruptcy. At age of 50, he became his own boss again. For the next 10 years, Senior worked like crazy and was seldom at home. However, at age 60 he made his first million. He worked until age 80 when he died with an estate worth $500 million.  Senior is a typical first generation high networth person. He was a ‘fighter’ and never gave up. Senior was also an expert in financial planning. Although he never studied financial planning as a formal degree, his experience from rags to riches taught him the importance and the know-how of financial planning.

Junior was born when Senior was 30 years old.  Junior’s childhood was no luxury. His father became a bankrupt when Junior was just 5 years old. Unlike his friends, he did not even have any toys.  Junior lived in a modest 3 room HDB flat throughout his childhood and teenage years. When Junior could not make it to the local university, he had to work. But he studied part time for a private degree. Junior eventually got married and had a son whom he called Super Junior when the former was at the age of 30 years old. Junior had a stable job and had enough money to pay the bills.  When Junior was 50 years old, he father died. Junior suddenly inherited 50% of his father’s estate. The other 50% went to his mother. However, Senior did not have a succession plan. Hence, the business was wind up and the estate was only worth $200 million (down from $500 million value if it was an on-going concern business).  Nevertheless, the $100 million he inherited was more than enough. He quit his job and sold his miserable HDB to buy a landed property. However, Junior knew the importance of money management since he grew up during the time when his family could not even afford to buy toys for him. Junior is determined to preserve his late father’s wealth. After using $10 million for a landed property, he decided to put a total of $90 million into a fixed deposit earning just 2%. This generated $1.8 million of annual interest for him and his family. He is a happy man and he retired.

From then onwards, all three received a perpetual income for doing nothing. Super Junior was just 20 years when he received his first ‘paycheck’ of $600K. After national service, he decided not to further his university degree. He spent all his time partying, chasing girls, traveling, buying expensive cars and even drugs.

Super Junior never worked. He had no concept of budgeting – he does not need to balance the books since his income was always more than his expenditure. He never needed to borrow money. If he did borrow money, it was to buy more things. In any case, Super Junior’s father would always have enough money to pay off any debts.  While his peers were arguing over whether the government should be raising the interest for CPF, Super Junior did not even have a CPF account.

Comparing prices were just too troublesome for Super Junior. He buys according to his feelings. Super Junior does not have the skill to know the value of money. To him, everything was free since he had so much money.

One day, Junior died at age 80 and Super Junior inherited the $90 million plus another $100 million from his grandmother’s estate when he was just 50 years old. Since he had direct control over the money, he decided to leverage and invest in real estate, private equities, options, put options, art, wine, hedge funds all on the advice of his pretty private banker who became his wife eventually. Super Junior also invested in businesses whatever his friends ask him to help to finance them. Super Junior spends most of his time at the casino just to have fun.

Then one day, a global financial crisis hit the entire world. Super Junior’s loan was recalled. He had to deleverage. Unfortunately, majority of his assets were not liquid. He became bankrupt. Of course all the businesses which he invested in turn out to be scams. His friends were just making use of him to get easy money. Also, his wife divorced him. You see, Super Junior did not have any real friends and his wife was also not his ‘real’ wife. Super Junior was a person who does not know the meaning of friendship. His wife was not his true wife because he had many others.

The above is just a fictitious story. But it is similar to many stories that happened to many rich families. Research has showed that:

Why does the third generation high networth squander all the money away?

It has to do with Darwin’s theory on the survival of the fittest.  The theory assumes that only the fittest will survive. But what happens when the person lacks the basic skill even to survive? This is precisely what happened to the third generation rich families – they never learn how to survive because money was not a problem. They never knew the concept of money is in practical terms after all everything to them is free. Simple things that everyone took for granted are alien to them such as:

The solution is that the first generation needs to plan ahead. Unfortunately most people do not plan. Hence, the money will be squandered away eventually.  I have a number of clients who are first generation high networth. At very most they just buy medical insurance and write a simple will. But when I advised them they need to plan to prevent the 3rd generation from destroying themselves, they are not keen to do anything simply because do not even know the identity of the 3rd generation! Also, they felt that the 2nd generation should be doing some planning.

Maybe it is better to let all the money be squandered it away so that it gets ‘recycled’ back to the system.  I think life is quite fair. Although estate duty has been abolished in many parts of the world including Singapore, nature does help to ensure wealth does not remain in the hands of a few families forever.