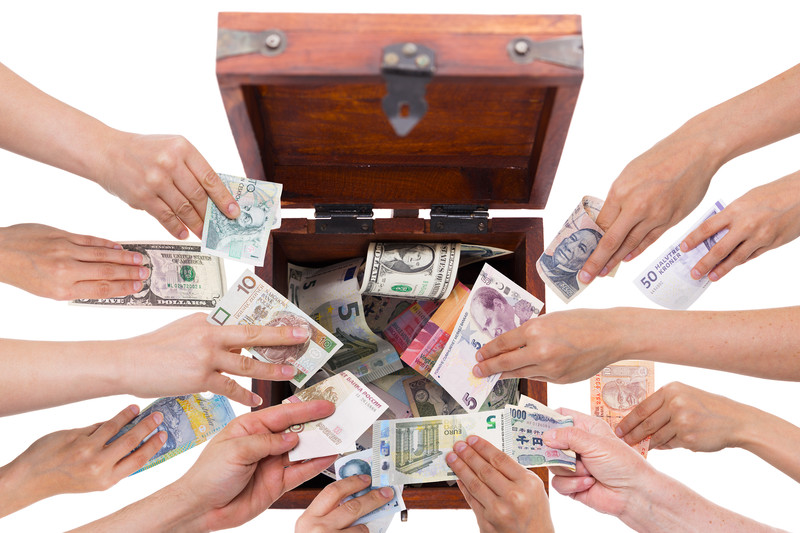 MAS announced that crowd funding platforms will be regulated. Such platforms include Funding Societies, MoolahSense and Capital Match.

Funding Societies, MoolahSense and Capital Match are platforms that act as the middleman helping small and medium enterprise companies to raise capital from individual investors. Even listed companies have jumped on board to raise capital using such crowd funding platform. It is possible to invest as low as $1000 in such platforms. There are generally two types of investments: debt and equity. For debt, your investment is similar to lending money to the company. The company promises to pay an interest to you. For equity, you are effectively investing in the company similar to buying a stock.

Sometime back, I signed up an investment account from one such crowdfunding platform and I almost fainted when I saw the kind of companies that were trying to raise funds.

First, the returns were ridiculously high.  For a debt instrument, I seen companies promising 20% or more per annum of interest!  Such high returns indicate that these investments were extremely high risk. When a debt is a high single digit returns, we are actually looking at an equivalent junk bond. When the return is double digit, we are looking at an equivalent return from a defaulted bond. The following are equivalent traded bonds of such high returns:

As it can be seen that the above companies are either junk bonds or already defaulted. Hence, companies that are willing to provide 20% per annum of interests are in a lot of trouble!

Even for stock market returns, the expected long-term return is barely more than 6% per annum these days. So your risk is significantly larger than investing in the stock market.

Second, some of these companies are making losses. It doesn’t even have any profits to pay debt holders!

Third, majority of these companies are not listed. So you cannot check their financial details.

Fourth, the reasons given for raising capital through crowdfunding can sometimes be quite scary. When a company indicate that their reason for raising money is for ‘working capital’, you must sit up and read more. Raising money for ‘working capital’ is a nice way to say that the cash in the bank is running out and cash collection from customers is not fast enough. If nothing is done, the company’s cash in the bank will become zero. Once that happens, the company will be unable to pay its employees their salaries and unable to pay suppliers. So they resort to crowdfunding to raise money to ease the cash flow. But what is really worrisome is that the interest promise to investors is a double digital – typically 20% pa. Come on, can anyone confidently earn more than 20% per annum to pay investors?

Of course, there are valid reasons for raising money for working capital. For example, the company may have been awarded a large government contract. The company has to pay its suppliers first before being paid by the government. If this is the case, it will be wise to verify that it was indeed being awarded the contract.

Some of these companies are quite honest. They will state that their receivables are XX months old because they are having problems collecting money from their customers. Hence, they have to raise money from crowdfunding to ease the cash flow. I respect their honesty. But for investors, it implies that the risk of investing is dependent on the financial profile of the ultimate customers. Usually the ultimate customers are unknown. So the risk assessment cannot be done. Without knowing the risk, it is impossible to ascertain whether the returns of 20%, 200% or 2000% is worth taking.

Fifth, normally these companies are turning to crowdfunding to raise capital because they have run out of options. Their banks turned them down as the risk of lending to them was getting too high.  So the question is whether do you want lend money to a company which the bank is too afraid?

My recommendation on crowdfunding

Would diversifying your portfolio across different companies help? Seriously I doubt so. If you invest in 100 companies as a debt holder that are having financial issues, a recession could cause many of these companies to go under. Given that the remaining surviving companies’ returns are fixed, you practically will not recover from your losses. Take for instance you invest in 100 companies at $1000 each. Let’s say each company promises to pay 20% interest over 1 year time. When there is a downturn, let’s say 30 of these companies go under. You are practically left with $70,000.  However, your portfolio will only grow at a fixed rate to 70K x (1+20%) = $84K over the one year. I use one year is because the investment time horizon is normally just one year.

Crowdfunding is good for companies

Although I discourage investors to invest in crowdfunding, it is still a good and easy source of capital from the businessman point of view. Imagine if you need to raise $100,000, you just need to find 100 investors as each investor will only be investing $1000. As I said, it is alright for an individual to just invest a very small portion of his money just for fun.