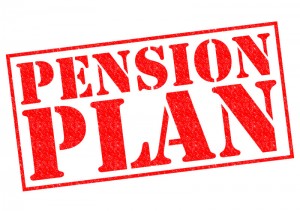 Some Singaporeans have been pressing the government to give a higher return in their CPF savings. Perhaps under pressure, Deputy Prime Minister Tharman Shanmugaratnam surprised participants[1] of the Institute of Policy Studies forum on CPF and retirement adequacy that for those who can shoulder higher risks and want higher returns, the CPF private pension plans remain an option for the future.

I believe the government will be announcing a major change in CPF scheme soon and likely this has to do with CPF private pension plans .Frankly speaking, I am getting very tired of keeping up with non-stop changes in CPF schemes. To keep up with the ever changing goal post is really tiring! My work as a professional financial planner requires me to be kept abreast of the latest developments in the financial industry.

It was not until 2007 when Dr Ng Eng Hen, Minister for Manpower, made known[3] in Parliament that the CPF private pension plans proposal were shelved because majority of CPF members do not have large balances and it would be too risky for older members.  To get higher returns, members must expose their CPF money to more market risk.  Dr. Ng Eng Hen said that the government tried to “devise many schemes to shield members from volatility yet delivering higher returns. But it was neither possible nor right. It would mean subsidising losses using other members' or tax payers' money.”

Having read the 2004 CPF private pension plans consultation, I find that it was flawed on a few counts:

Or put it this way, 82 per cent did worse than the CPF OA interest rate!

(As a financial adviser, I am often helpless to prevent my clients from investing at the peak as I have totally no control when my clients invest. You see, when market is right at the peak, I received many queries from investors who want to invest for the ‘long-term’ which turns out to be usually false. If I turn them away, they accused me of arrogant and look down on small investors.  During market downturns, nobody wants to invest.  It is this reason why I insist on a full financial plan before any clients invest. In this way, I know exactly whether are they truly long term because I know exactly what are their plans. Normally people have no plan and so it is my job to create a plan for them.)

A successful CPF private pension plans can only be achieved if:

I also got other ideas on how to achieve potentially higher return which I have sent to Straits Times for publication.

In the meantime, I wonder how would the 2014 CPF private pension plans look like? What is for sure is that the goal post will be changing again. All thanks to all the protests on CPF. If this was 2008, everybody will be so thankful that CPF monies are invested in Special Singapore Government Securities.

[3] Ministerial Statement on CPF Reforms and Other Measures for a Secure Retirement by Dr Ng Eng Hen, Minister for Manpower, 17 September 2007, at Parliament