You are here: Home / Cost of living / Average Monthly Cost of Education much higher than $1792 for each household 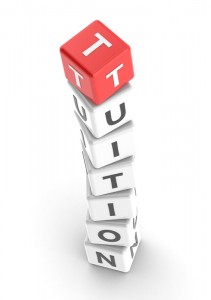 The Household Income And Expenditure 2012/2013 survey[1] showed that the average amount which resident household spent on education services is $310.3 per month. This was up by 5.7% pa compared to 5 years ago.

The increase was mainly due to a larger number of students pursuing higher education, particularly university courses, household expenditure on university education increased, higher spending on private tuition and other school fees.

I also assume 17.38% is the estimated percentage of households with school going children. Again, this assumption is an overestimation because each child and his/her siblings tend to stay together in the same household.

Therefore,  the average cost of education for households with school going children is much higher than (310/0.173 = ) $1792 each month. Do remember that this figure is significantly underestimated because you are dividing 310 by a number that is significantly overestimated by the two reasons mentioned above.

So how can anyone save for retirement for this type of figure? Well, if you are a high networth, you would have already retired yesterday. So this problem of high cost of education is irrelevant. But if you are the average joe, such high cost of education implies that you may not be able to start saving for retirement until your children have grown up. By my experience, parents with school going children are not able to save significantly for retirement until they are around 40 years or above.  It is this reason I always advice people who are young never to commit large sum of money into long term lock-in insurance policies. I am not referring to whole life. Rather, in recent years many unethical financial advisers are selling investments which require the client to commit 25 years with premium of $2000 or even more a month. Usually the financial adviser will bluff the client that the commitment is only 18 months or 12 months (depending on the type of policy). Why 18 months? Because the rule is that if the client stop paying premium within 18 months, the adviser’s commission will be clawback. The actual period which the client need to commit is term of the policy which is 25 years! As a result of such unethical behavior, the client cannot have children because the average cost of education is already more than $1792 for each family.

In fact, I wrote this problem in my blog before and one insurer called me and threatened to take legal action against me for speaking the truth.