A lady came to my office to find out more about the financial planning service I offer. She shared with me her ordeal with her agent and gave me the full go-ahead to share her story on this blog.

She said she bought the AIA Family First Protect in November 2015. But she said she has little idea of what it was. The agent was also highly pressurizing and she was pressured to sign up for the policy. She showed me a softcopy benefit illustration (unsigned one) from her phone. Apparently the agent did not even explain the AIA Family First Protect properly. She did not understand the meanings of some of the columns were cumulative figures, total distribution cost and effect of deduction.

I also found that she gave three months of premiums in cash to the agent! This is red flag. After that she, did not hear from the agent again. She also did not receive any documents from AIA!

So I told her to call AIA hotline in front of me. With the speaker phone turned on, I understand that the policy was indeed purchased in November 2015. So the agent did not makan the cash. However, the policy lapsed due to the non-payment of the subsequent premiums. According to AIA’s CRM, they did send her the policy documents and letters. The mailing address was also correct in the system. She requested for duplicate policy documents to be sent to her but AIA insisted to charge her a fee for it. Besides, she had to fill up the Lost of Policy form (a standard red-tape). The hotline also suggested that she go back to the AIA agent to resolve the issue – which is of course was impossible.

This lady was a victim of two wrongs. 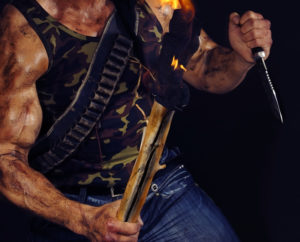 The first wrong was to meet "the Commando Adviser". The adviser did a superfast closing without proper explanation. He "strikes" quickly and "attacks" the enemy without the enemy knowing what happened. He also disappeared quickly without a trace. The adviser was also sloppy in paper work. No adviser in the right frame of mind will submit a regular monthly premium policy without the GIRO or credit card standing order deduction form. The AIA Family First Protect policy would not have lapsed if there was such a standing instruction. She lost $600 of the entire premiums she paid upfront. We joked that she could have bought a smartphone with that amount!

The second wrong has to do with SingPost. It is likely the documents were lost in transit. AIA uses SingPost. Approximately 1 / 10 of the letters sent to me from my clients would be lost in transit. So I understand the problem. That’s why I discourage my clients to send me cheques by post. While this problem isn’t the fault of AIA nor the agent, the agent should at least provide some after sales service to attend to the client’s queries on the lack of receiving the documentation.

By the way, never ever give cash for the purchase of insurance and investment products to the agent or adviser. Always write a cheque in favour of the insurer. For credit card payment, make sure you sign on the insurer’s prescribed form which always come with the insurer’s letterhead. For cash payment, you should only pay at the cashier at the insurer’s office and always ask for a receipt.

Feel free to share what you think by leaving your comments below.