You are here: Home / Credit Management / Should you be borrowing money to pay for debts? 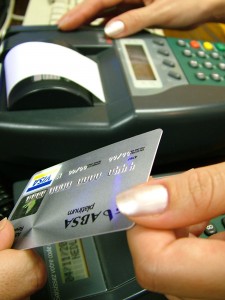 Although not many people like to be in debt, most of us borrow money anyway. One reason is because it is the fastest way to buy the things you want or need. If you do not belong to the wealthy, accumulating cash to pay for that home or car would take years.

Unfortunately, it is often the case which we would not just borrow for necessities. Credit cards permits us to borrow smaller amount of money and this temptation could be more than we can deal with. We could keep charging the credit card finding ourselves with more and more debt.

If you look at how we borrow from credit card, we may regret borrowing so much. However, the best we can do is to pay it off and learn lessons from it. Sadly, paying off that credit card debt isn’t as simple as incurring it.

A common way of paying off that debt is to borrow money to pay it off. If you do this, you are transferring the debt from one creditor to another. You are still in debt for the same amount. However, if you manage it properly you could come out ahead.

Although borrowing money to pay off existing debts is common, it is not without controversial. Here are some advantages and disadvantage for doing so:

If you consolidate your credit card debt into one bill, you only need to deal with one monthly payment instead of multiple credit card bills. This simpler change of administration makes it much easier to manage. You may also end up with a lower minimum payment.

Borrowing these other sources is not without risks. If you borrow by mortgaging your home or borrow by refinancing an existing mortgage to a larger amount, you risk foreclosure if you default on your mortgage installments. If borrowing against life insurance cash values, you run the risk of having lower claim amount when you need them.

Assuming you manage to clear your credit card debt, it can be tempting to start using your credit card again. If you do that, you may end up where you started or even worst. Perhaps the simple way is to just cut your credit cards and cancel it altogether although not many people are willing to do that.

There could be cases in which borrowing to pay off an existing debt makes sense. In other cases, you're better off just paying additional interest on each account until they're all zeroed out. A common way is to pay the debt starting from the highest effective interest. Weighting your options carefully will help you a long way.

In May 2009, database from Monetary Authority of Singapore shows that there were 5,186,097 and 1,242,738 main and supplementary credit cards holders respectively. For that month, the roll over balance was S$3,501.1 million. Obviously this amount that is rolled over incurs the huge interest penalty. The average roll over balance per card is S$3,501.1 million / (5,186,097 + 1,242,738) = $545 for that month of May. However, we must not forget that it is common for each person to hold more than one card. So there are people who could be having a rollover of double or triple of that! No wonder credit card companies like to give “free” credit card!