You are here: Home / Estate Planning / Become orphans after vacation 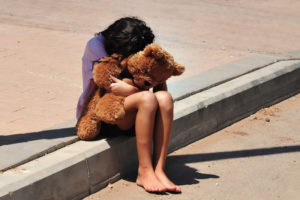 It was supposed to be a happy family vacation but it turns out to be a total disaster. By now everybody knows what happened. On 23 August 2010, Rolando Mendoza, a former high-ranking commissioned police officer hijacked a tour bus carrying 25 tourists from Hong Kong in an attempt to get his job back. After a botched rescue attempt by the Philippine National Police, 8 persons died. Those who survived like Tracey Wong Cheuk-yiu, 15 and her brother, Jason Wong Ching-Yat, 12 became orphans instantly. This is now known as the infamous Manila hostage crisis.

According to South China Morning Post (scmp.com), their father, Wong Tze-lam, worked for the MTR Corporation and the company said it would provide the children with education and medical assistance until they become adults. Perhaps they said this on learning that their parents did not have any financial plan to take care of their children in situation like this. It appears that their parents, like many, did not have any contingency plan. Of course, I do not know the exact details.

What is most tragic is that all parents in Singapore I come across did not have such a plan too. Many parents I know do not buy any insurance covering their own life at all. Without such insurance money, how would their children survive? In Singapore, majority of the residents are in debt. So there is not much money for their children. The only way to create money is the usage of insurance. Among those who buy insurance, only 11% actually bought “real” insurance policies. The remaining 89% bought inappropriate insurances. This is evidenced by Life Insurance Association statistics that show 89% of the claims payout was UNRELATED to insurance. The worst thing is that the average sum assured per regular premium policy sold was only $53,535! How long can this last a family?

Moreover, I find it totally illogical for parents to buy education policy and life insurance insuring their own children when they themselves are inadequately covered. Based on many real life cases of clients I have, a reasonable life insurance that a parent should be covered should be around $1 million inclusive of the insurance required to cover the housing loan.

But buying insurance is not sufficient. Insurance itself is a tool to create an estate (or money) but it does nothing to address the issue of how these proceeds are going to be managed and distributed to the surviving family members. Under the Singapore law, if there was no Will, the parents’ insurance proceeds will be distributed to the surviving children if both parents are dead. Well, that is in theory. In practice that law will fail. As financial practitioner, I am more interested in practical reality. The practical reality is that the Administrator (whoever he or she is) of the estate would have eaten up all the proceeds leaving nothing for the children. If a person can gamble away $26 million in just 3 days, what would an Administrator do if he or she got some spare change?

Many financial advisers, whom I labeled as inexperience estate planner, would tell their clients to nominate their insurance policies to their children. There are two types of nomination namely 49L and 49M. Both types of nomination will fail. Why? Because if the beneficiaries of these policies are minors, you will end up with the trustee/guardian gambling the money at the casino too.

How about writing a Will? Will it solve such problem? I estimate 99.99999% of young parents do not have their Wills written because they think that they are immortals. In reality, they are selfish and they worship themselves thinking they will live forever. Yes, those who refuse to write a Will thinks they are immortals. But as far as I know, only deities have infinite years to live. Among those who had wrote a Will, they would just budget an amount that cannot even buy a television set and yet they think that their simple Will can do wonders for them. Why? If there is a minor involved, the simple Will will fail. The reasoning is because if there is a minor involved, the Executor will become the Trustee since minors are not able to inherit the testator’s assets until legal age. In the meantime, the Trustee can help himself at the casino. So the same problem mentioned above applies. Therefore, ALL simple Wills will FAIL if minor beneficiaries become orphans.

So here are the don’ts:

And here is my recommendation: Make effort to take care of your own family well being by educating yourself because nobody will take care for you. For a related article, you can read this: Why Estate Planning is Essential for a Family Unit.

During the meeting, Tsang told them they had the support of everyone in Hong Kong.

Tsang also promised the brother and sister that the government would provide them with assistance.

Tracey Wong Cheuk-yiu suffered a slight leg injury and her brother Jason â€“who left the bus with another tourist Tsang Yee-lai before the bloodshed beganâ€“ were among the survivors of the ordeal.

Their parents and their mother's elder sister died in the siege.

The father, Wong Tze-lam, worked for the MTR Corporation and the company said it would provide the children with education and medical assistance until they become adults.

The company also said it would also help organise the funeral and a memorial service for their parents.

The MTR Corporation would placed books at 17 MTR stations for Wong's colleagues to write condolences in.

The corporation's operating head, Choi Tak-tsan, said Wong was one of his subordinates and was responsible for back office operations. He very saddened by the incident, he said, and described Wong as a patient and dedicated worker.

Meanwhile, a local charity organisation Tung Wah Group of Hospitals it was raising funds to help provide for the education of children whose family members were killed during the hostage crisis.

A spokesman for Tung Wah said it was their target to raise HK$1 million.

The funds would be used to subsidise expenditure on the children's studies until they have completed tertiary education.

Officers from the Social Welfare Department would help to assess Tracey and Jason's needs and would apply the fund.