In the HSBC’s latest global report, Generations and journeys, a whopping 59% of retirees is using cash savings/ deposits to help them fund their retirement.

There were other worrisome findings highlighting the serious retirement gap such as:

The fact that majority of the existing retirees are using cash to fund their retirement indicates that there was no retirement plan in the first place. Cash is earning almost 0% interest anyway. The foundation of a good retirement plan is the usage of annuities. Annuities’ payouts are either over a fixed number of years or for life. In either case, the returns from such annuities will always be higher than cash.

To help illustrate, let us consider a limited payout annuity.

In real life, those who do not commit their money to any plan will end up spending it away into unnecessary items such as Swarovski necklaces and cars.

Those with higher risk tolerance can consider taking more risky alternatives such as bonds and dividend paying stocks.

Due to the lack of a retirement plan, it is no wonder why existing pre-retirees are expected to save for an additional 9 years compared to the existing retirees.

Excuse #1 – The projected expense is too high 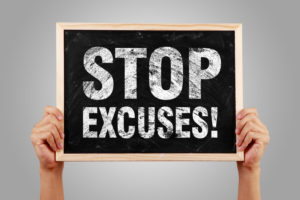 A few weeks ago I literally got scolded for projecting an expense that is too high for my client. I merely projected 2.5% per annum of inflation and I estimated that the retirement expense 40 years from now (or at 70 year old) is $7000 a month. This work out to be just $2600 in today’s purchasing power. My client could not understand $7000 a month and today’s $2600 are exactly the same when inflation of 2.5% is taken into account. Unfortunately, his money is growing at 0% per annum. Hence, his existing money will shrink by a whopping 62% if there was no retirement plan.

The inability to understand the difference in purchasing power today and the future is a well-documented behavioral bias called ‘money illusion’. But it is also a sign of financial illiteracy – which the CPF Advisory Panel has acknowledged to be a very serious problem.

Excuse #2 – I will cut down my expenses when I retire

Having being a professional financial planner for more than 10 years, I have seen clients transited from working personnel to retirees. I witnessed a common trend. 100% of them did not or rather could not reduce their expenditure. 100% of their expenses actually went up when they retire! 100% also told me before they retire that they will spent less after retirement but 100% failed to keep their promises. Why? It has to do with lifestyle habits.

A person who is used to a particular lifestyle for 40 years is not going to downgrade his lifestyle for the next 40 years. If you retire today, what is the difference between tomorrow and today? Nothing. You will still eat the same kind of food you used to eat for the last 40 years. If you have got used to driving around for the past 40 years, you are not going to take public transport only to be delayed by endless breakdowns and the lack of sitting space.  In fact, the lack of work is going to force you to seek entertainment which is the reason why retirement expenses will increase!

Excuse #3 – I will die early, so there is no need to plan for retirement

Normally individuals who have no family tend to think this way. Those with family tends to want to live to a ripe old age.

The excuse of saying one will have a short life expectancy is actually the most selfish reason. They are hoping to die early. But with the statistics against them, they are expected to live to a ripe old age. Without a proper retirement plan, the State would have to support them and this in turn increase cost for taxpayers. That is why I feel that individuals who do not wish to plan for retirement are selfish individuals.

This selfishness can also be seen by CPF Members turning 55 who insist to withdraw their CPF monies. They blame the government for ‘stealing’ their money by increasing the payout edibility age and the Full Retirement Sum (previously called the Minimum Sum). But what would they do with their money if they withdraw their CPF? Empirical evidence shows that they used large amount of money withdrawn for travel, prostitutes and investment scams. In fact, usually retirees are victims of investment scams. You can read this post on Millions of dollars of retirees’ money lost in Singapore property scam.